Categories
Cultcha Linkpimpin' Or Something

The Art of The Cover 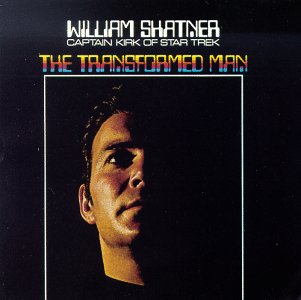 [Damn houseguests. They make you drink gallons of wine and keep you away from your blog. But anyway, where was I? Oh yes.]

Not that I go looking for this sort of thing, but I have seen some really bad “top N” lists of various flavours about the place, despite the best efforts of people like Nick Hornby. One that caught my eye recently was a list of the Top 50 cover songs published in the Telegraph recently. Do yaself a favour and have a look, there’s lots of great songs in there, great fodder for iTunes Music Store (should it be available in your country, damn you Apple Australia).

Admittedly I’m not a trainspotter, but there were some surprises in that list of the form: I can’t believe that’s a cover! Soft Cell’s version of Tainted Love? Wow, you don’t say. The Beatles’ Twist and Shout? Never knew that.

One not-very-well-formed opinion that I developed after reading that list is: the really good and memorable covers are the ones that are similar in style to the original. It’s almost as if the cover artist saw where the song needed to be, even when the original composer couldn’t. The true test of a great cover is one where you don’t even want to listen to the original any more (despite any cool points you may accumulate in doing so).

Of course there are counter-examples where the cover is completely different, and better, than the original - Gary Jules’ cover of Mad World comes to mind. Likewise where the cover is similar in style, but crap - such as Hilary Duff’s butchering of Our Lips are Sealed.

Most of my favourite covers are on the Telegraph’s list (otherwise I wouldn’t be linkpimpin’!) but I can’t believe these two didn’t make the cut: Faith No More’s epic rendition of Black Sabbath’s War Pigs, and David Lee Roth making California Girls his bitch. What were they thinking?

War Pigs? Sure, it’s good, but it does sound a hell of a lot like the original - the only thing its missing is the speed up a the end like the Sabbath version. No, the best Faith No More cover has to be Easy, originally by Lionel Ritchie. The FNM reworking added the whole guitar solo, with the high point of the “Eww” right before the solo. Gold!

Other bloody amazing covers are:

That Telegraph list was hopeless! How could it miss all these?

FWIW, www.coverville.com is a regular podcast dedicated to covers. He’s played some fantastic stuff, including that Frente track. I’m still trying to get him to play one of the Senor Coconut covers of Kraftwerk songs.