You Only Have to Backup the Stuff You Want to Keep 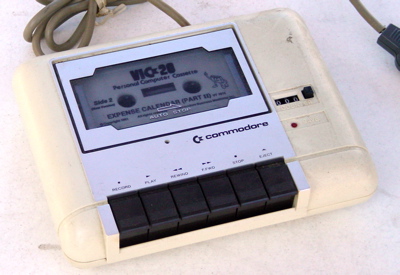 Backups are probably the least exciting topic in computing. And they are surprisingly hard to do right. So that’s why everyone, including me, makes a half-arsed attempt but ultimately relies on the notion that disaster will never strike.

Most of us can afford to be complacent about backups, mainly because we don’t generate important stuff that needs to be backed up regularly. Hence the occasional evening with a DVD burner and a spindle of blanks is probably perfectly adequate for some people.

Other people do need up-to-date backups. Even losing a week’s worth of data is devastating. As for losing it all? If you just have to go digging through a dumpster to recover your stuff, you should consider yourself lucky.

The huge storage capacity of today’s hard drives are a massive challenge for a backup regime, and the prevailing wisdom seems to be that the only devices suitable for backing up these monsters are more hard drives. I think this is a perfectly valid solution but for me I went with an old-school tape drive. Here’s why.

Aside from the obvious perils of hardware failure, fat-fingeredness and acts of Dog, here’s what I’m afraid of: I worry about malware destroying my data without me noticing immediately.

Consider a virus which infects your system and silently vandalises photos in your collection. Or changes words in your thesis. Or inserts profanities into your resume. You don’t scrutinise the entirety of your important data each and every day, so it may be months before you notice. In the meantime you are backing up this corrupted information.

If you use online storage as a backup medium you need to be especially careful - a malware infection could not only damage your current data, but all your backups as well. Sound far-fetched? Want to gamble your data on it?

Mitigating the threat of malware means archiving to write-once media or being especially rigourous about archiving old backup media.

In addition, our backup medium must be easy to carry off-site, convenient to use, and as automated as possible.

How does each of three broad categories of backup devices fair with respect to these criteria?

This is why I chose tape over the others. Elsewhere, Tim Bray dispenses excellent advice about backups, and comes down on the side of removable hard disks. So your backup mileage will vary.

In other news, I’ve also been playing with FreeBSD’s Software RAID-1 feature for extra protection against disk failures (but not as a backup strategy). I have an idea that this feature can also be used to test my backups by dynamically, that is, with the system running. The plan is to un-mirror my two drives, restoring the backup to one of the drives, and then comparing the drives to each other on a file-by-file basis. Lastly the plan is to re-mirror the drives all without rebooting. I’ll report back if I get this working.

Update: Apparently “what’s your backup strategy?” is a meme! I claim independent simultaneous invention! But I claim nothing to do with the “backuparama” tag, OK?

Due to Rich, I noticed you have the 2nd "nicest website on the net". Cool, huh?