Welcome To My Cave

If you're anything like me, you have a voyeuristic fascination with other people's work spaces. And since you're probably at least a little bit like me, you might enjoy seeing my work space. Or at least my work space when I'm at home. And not always working.

As an added bonus, this post doubles as a collection of mini-reviews and updates for hardware I've bought recently! It's two posts for the price of one! 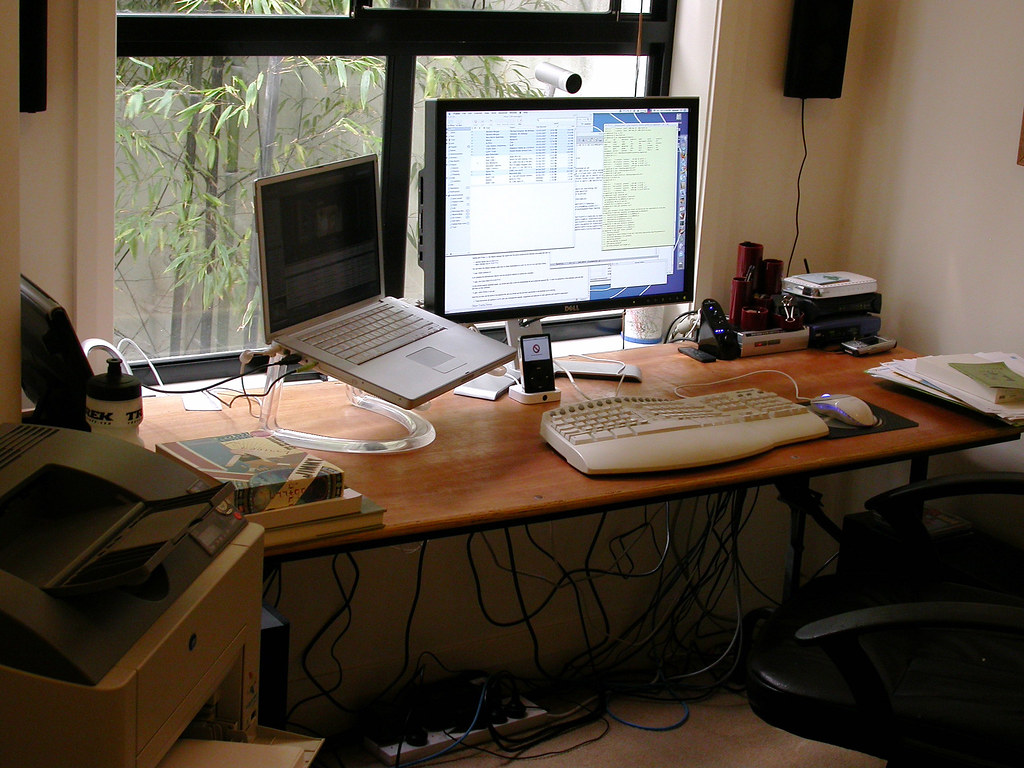 Welcome to my Cave.

Here's what you'll see if you look carefully at the picture above.

In the picture above you won't see too much in the way of artwork, toys, trinkets and other adornments. Not because I don't like or value such things; on the contrary. I am very envious of Jeff Atwood's work space, with its many decorative touches. I believe these add immensely to the comfort level of an environment, making it more than just a desk with a computer.

To cut a long story short, I have some pictures and such, but they are out of frame of the above photo. I also have some tchotchkes but they are at work, where I spend more time and need them more. Regardless, I'd like to do more here.

Hope you enjoyed your stay and found it informative. Please feel free to browse the gift shop on your way out.

I don't have as nice a view but I've responded in kind here: http://marxyblog.blogspot.com/2007/04/home-work-space.html

Incidentally, on low cost but reasonable chairs, I recommend checking out OfficeWorks.