These days, everyone’s a photographer. There can be no doubt that the advent of the digital camera has provided vast numbers with the means to explore their creativity through photography. As such there is a vast and growing industry just to support the great unwashed in their quest to take better photographs, or at least to advise what camera to buy.

So there is absolutely no need for anyone else to be dispensing photographic advice. But here I go anyway!

My unique angle, such as it is, is that I recently had an … unscheduled equipment upgrade. Otherwise known as a burglary. This meant starting afresh with all-new shiny toys, courtesy of the insurance company.

This is the first of a series of articles in which I review some photographic kit and provide some hopefully helpful advice along the way.

But firstly let me disclaim that I have no photographic credentials to speak of. You probably know more about photography than I do. But then again maybe you don’t. Maybe you can view my shots (below) and decide for yourself.

For a few years now the most common photographic equipment dillema has been: DSLR or not. Ever since a few years ago when the Canon EOS 300D arrived on the scene at an affordable price, people like myself have been constantly wondering whether to go for great quality photographs with the big and heavy DSLR, or for lower quality but enjoy convenience of the small and light point-n-shoot.

My old camera equipment was burgled shortly before we took off on the previously-mentioned vacation to Thaliand. Hence I needed to find a replacement camera in a hurry. I asked my friend Peter, who dispensed some excellent advice. He told me that although he owned a very capable DSLR, the camera he ended up using 95% of the time was his venerable Panasonic Lumix. The convenience of the small camera means that it is simply available to take shots, when the DSLR is sleeping soundly in its camera bag (or where-ever).

Although recently DSLRs have become cheaper and lighter, so too the point-n-shoots have become more capable. I think that the quality and performance gap between a point-n-shoot and a DSLR is partly due to hard physical limits. For example, it seems to be very hard to make a small, light, fast lens. Until this obstacle is overcome, there will continue to be a huge gap between DSLRs and compacts in terms of size and performance. However in the meantime I take the view that DSLRs and (quality) point-n-shoots are complementary.

Camera makers are realising this too, and recently there has emerged a segment of the camera market devoted to what I and others call serious compacts.

You can generally tell a serious compact from the rest by the presence of RAW image capture. And although it’s not a particularly must-have feature (IMHO anyway), generally such cameras have other worthwhile features such as more flexible controls, a flash hotshoe, better sensors, and faster performance.

Up until a few years ago the sensor pixel count was a handy metric to assess the quality of the camera, but now the number is almost irrelevant; almost all cameras have adequate pixels for most purposes, and so the megapixel count is generally unimportant.

However there is a single number which, in my experience, does provide a useful guage of the quality of a compact camera: the maximum lens aperture (the lower the number, the better, by the way). And this guideline certainly holds for the serious compacts, most of which have very good lenses, given their size.

In short, this market segment has attracted a lot of attention lately, and there are some terrific cameras coming out.

This is the compact camera I chose: a Ricoh GX100. Of course it is now obsolete, as the GX200 has now come out, and is a mild improvement on its predecessor.

To my mind the best thing about the GX100 (which it shares with the GX200) is the lens. It is a zoom, with a maximum aperture of f/2.5 at its widest, down to f/4.4 when zoomed in (72mm equivalent). The wide aperture allows lots of light in, which means you don’t need to use the flash, and it also that great Bokeh effect where the background is blurred to emphasise the subject. 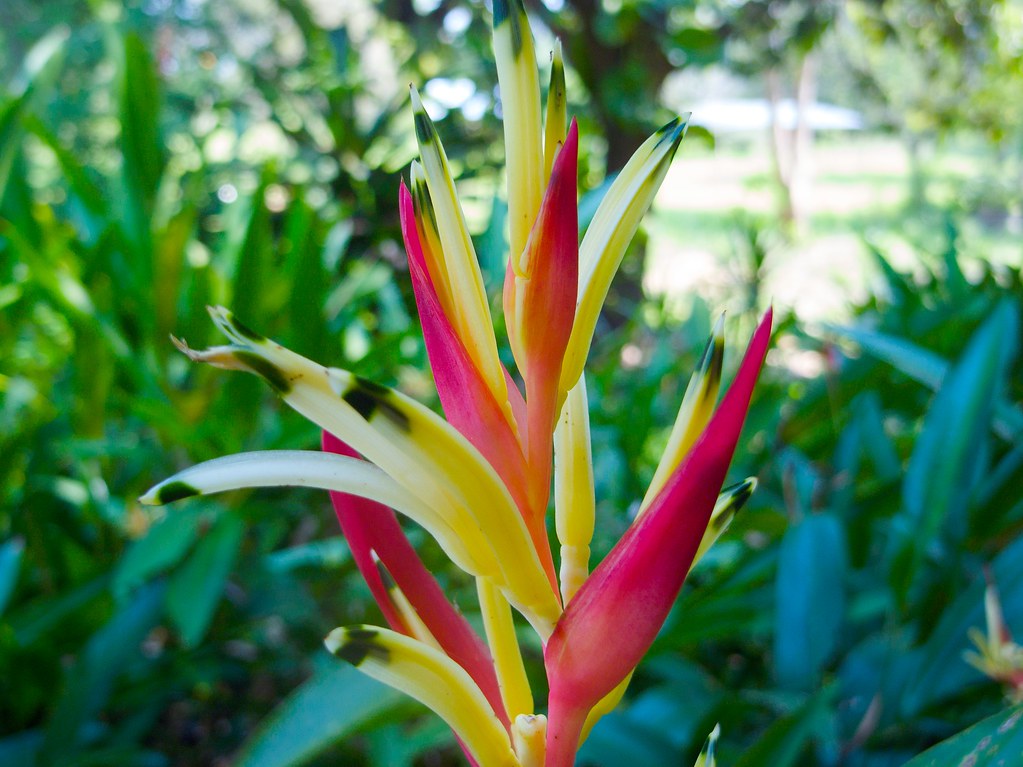 Also handy is the fact that it can zoom out, to a equivalent of 24mm. This is fantastic for indoor shots, or other relatively confined spaces where you often just can’t get far enough away to get everything in frame. Real-estate agents, this is your camera!

Lastly, the lens will focus objects that are as close as 1cm away. This makes it ideal for close-ups. 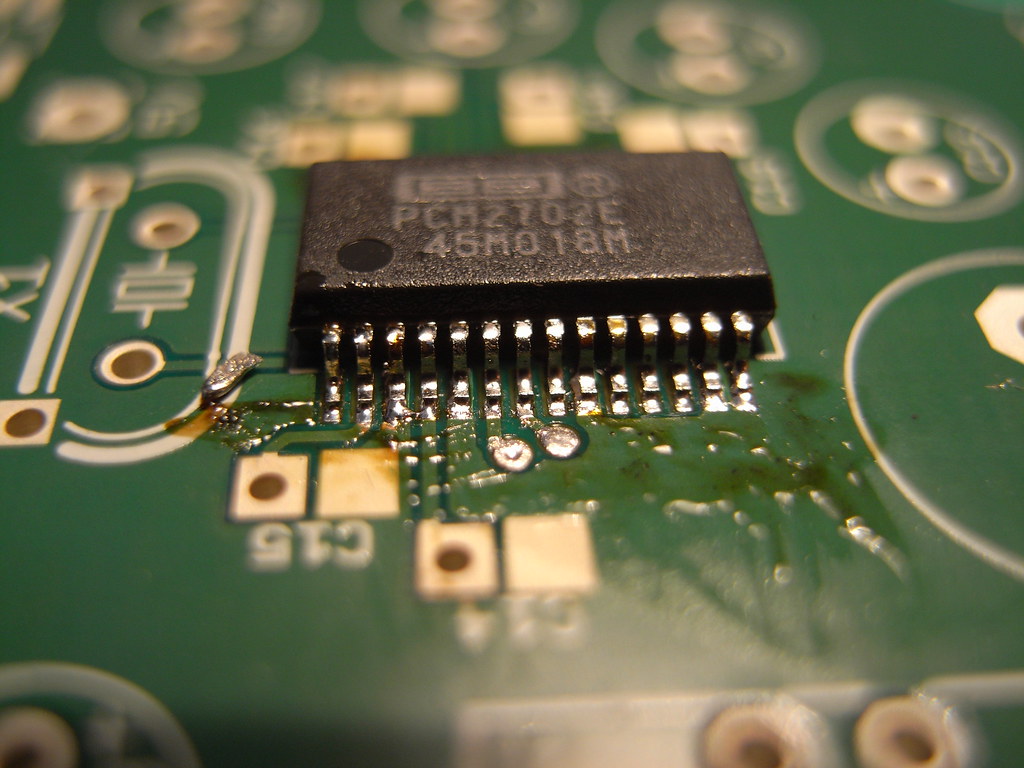 In a lot of ways, the GX100 is more flexible than my DSLR.

The Ricoh has many other redeeming features besides the lens. It also shoots RAW images, although these do take about 3–4 seconds to write to the memory card, so I use this feature sparingly.

It supports most of the usual shooting modes (portrait, macro, sports, etc) that you find on most cameras but also allows for program mode and aperture-priority. The auto-focus feature is good, but manual focus is also possible, and sometimes necessary.

There is an electronic (that is to say, little LCD screen) viewfinder available as an optional attachment. I generally don’t use it because I always forget to take it with me!

There is a high-ISO mode which increases the sensitivity of the camera and allows low-light shots without a flash. However the increase in noise is noticable above about ISO 400, so this feature is of limited benefit. I think if there was one thing that I would change about the GX100 it would be to reduce sensor noise at high ISO settings.

Here are some shots taken with the GX100. Most have had some light editing. More on flickr. 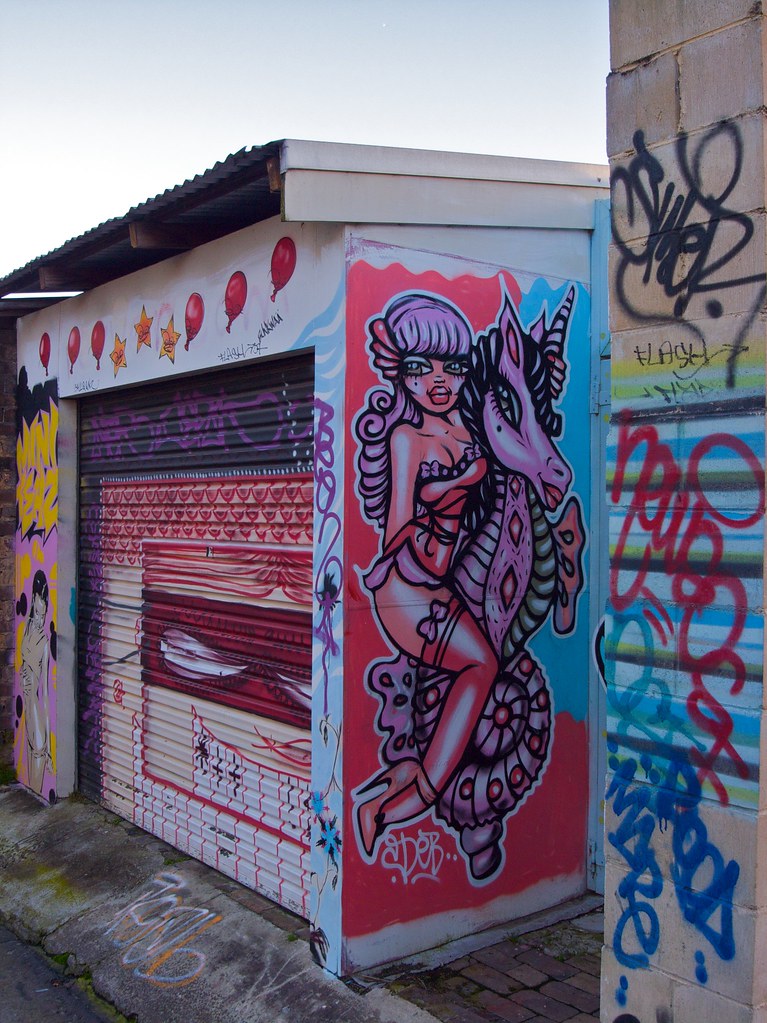 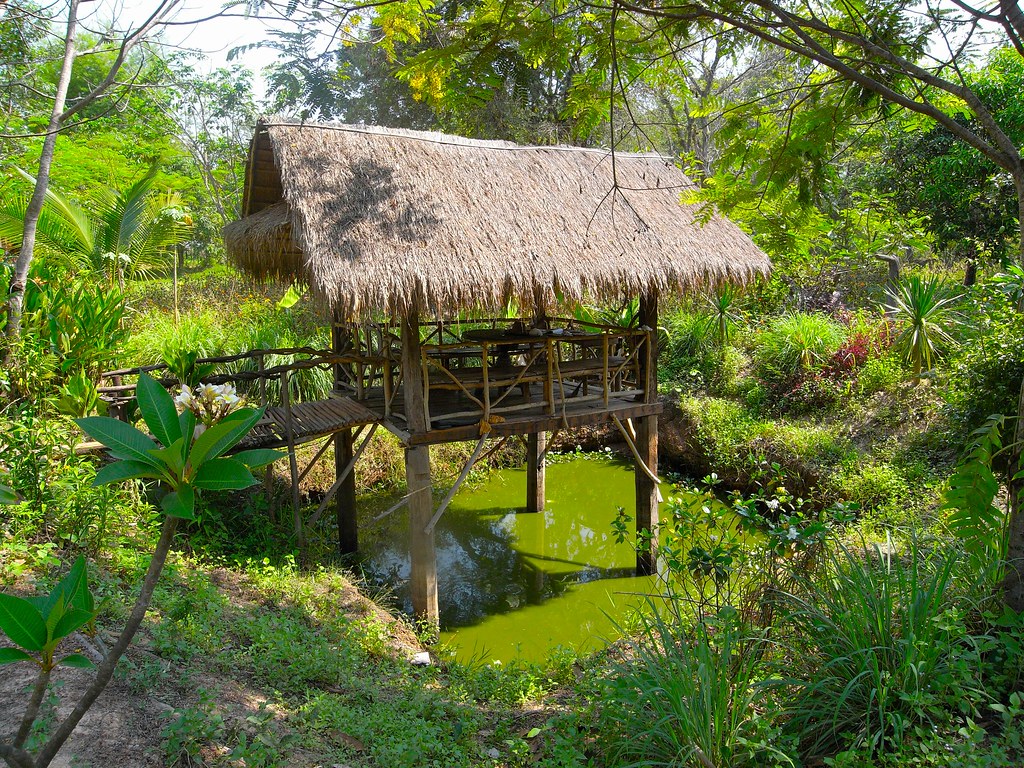 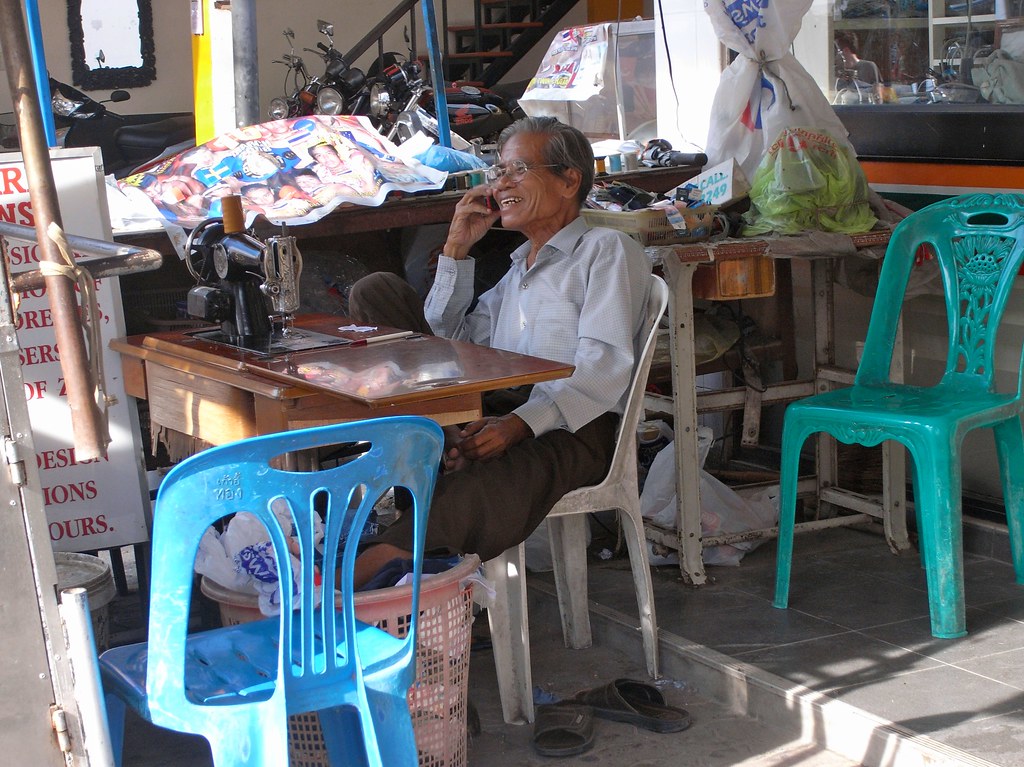 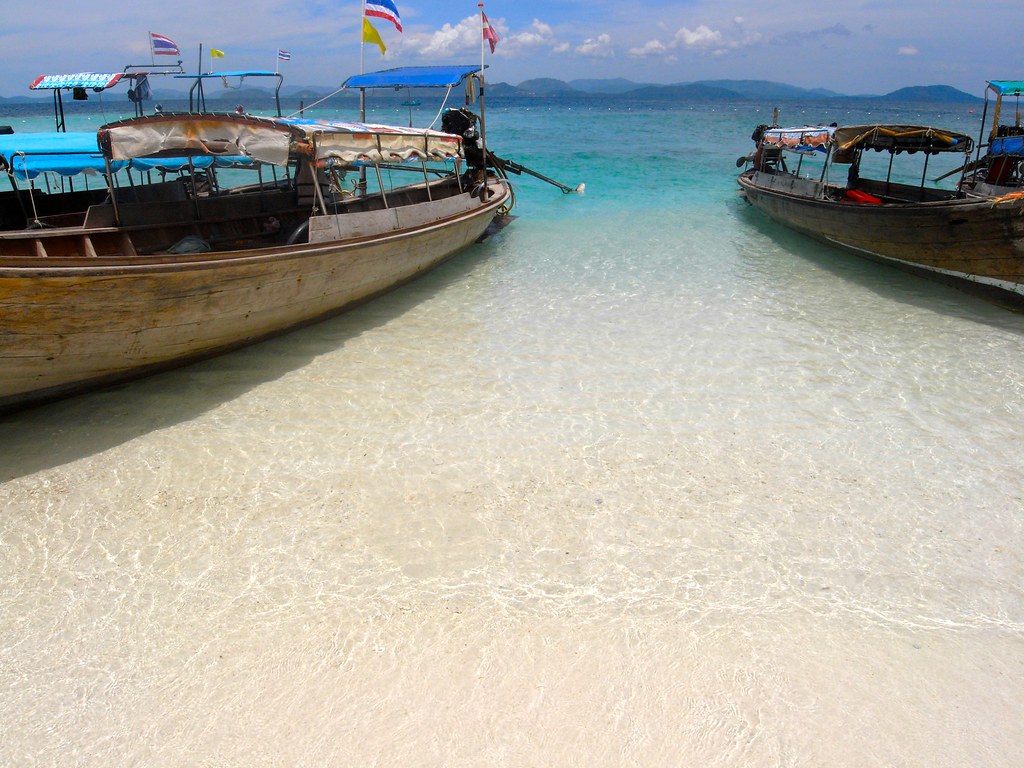 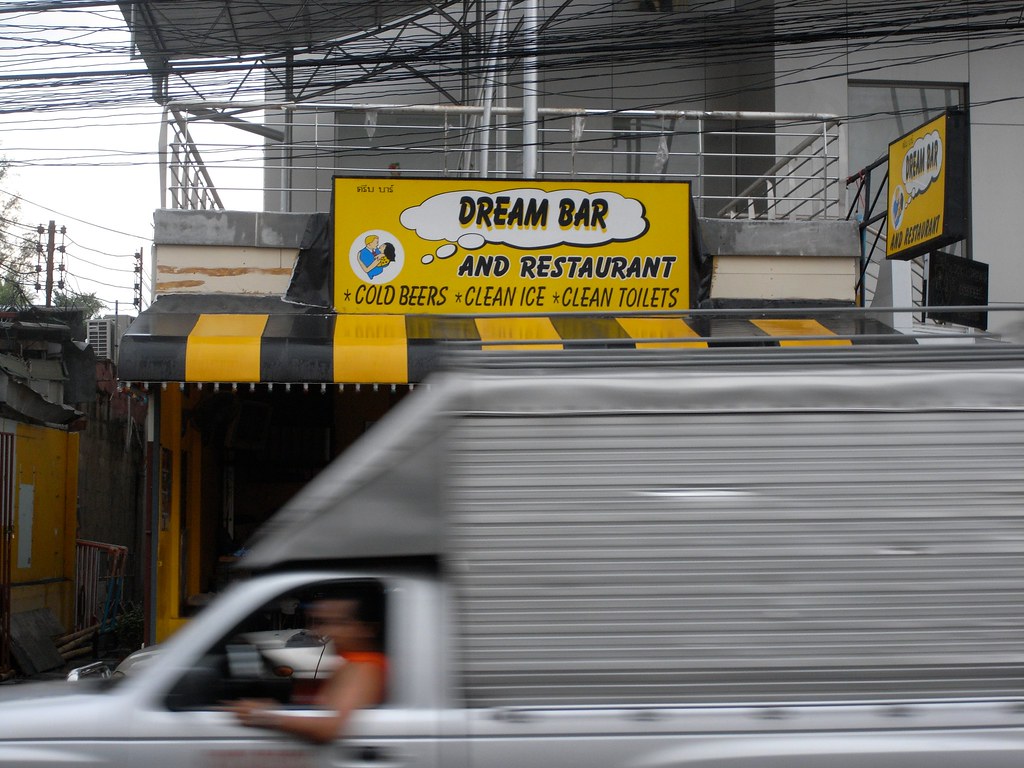 Overall I’m very happy with the GX100; it takes great pictures and is a great complement to a DSLR. Next article I’m going to talk about my DSLR and how much it confuses me.

Awesome pictures, man. I just ordered a Nikon D-40 which is an entry-level DSLR, and I heard great things about it. Did you already order your replacement DSLR? what model did you take?

Well, without giving away the suspense too much, it’s a Canon 40D.

From what I’ve heard the D40 is a great camera too - but as with the compacts the lens is the key component. More about this in the forthcoming 40D review.

That’s a really nice camera and those are great shots.

I know nothing about photography either really. I purchased a compact camera with requirements that emphasized good flash-free performance (so high ISO equivalent ranges), very good zoom, image stabilization, and not much $$ and came up with a Panasonic Lumix TZ3. It’s nice, compact, unobtrusive, and usually takes very clear pictures but gets noisy in low light.

For an SLR I went for a D40 based on the same requirements, probably with an emphasis on cheap-ass. It turns out it’s very hard to be unobtrusive with an SLR. Even if I stand in the distance with my Nikon 18-200mm VR lens an SLR makes everyone assume you’re photographing them because you’re a photographer (if that makes sense). It is nice and light, shoots raw fast and fine JPEG faster, and the lens is versatile but no good for indoors or flash photography unless I manually deflect the flash. Wildlife and unposed family shots are its forte.

Excellent point about the “look at me, I’m a photographer” effect that DSLRs seem to induce. Another reason why compacts are complementary.

I don’t know much about the TZ3 but the new LX3 looks awesome. f/2.0 wide angle lens with image stabilisation FTW.

Very nice writeup. I used a film version called a Ricoh GR1s that was terrific and in particular had a super sharp lens.

I was tempted to go for a Ricoh digital but in the end wanted something small enough to really fit in a shirt pocket so I went for a Sony DSC W300 instead. Having seen your review I’ll get on and write up the pros and cons in a similar way.

As you hint, the ability to use a wide aperture to limit depth of field, is very important for many striking shots (such as your flower shot above). Many small digital cameras have wide angle lenses combined with small aperture which means that everything is in focus. (Presumably this makes the auto-focus easier to implement too).

Nice piece, especially since I’ve been thinking of supplementing my 40D at some time in the near future. I, also, am not an expert, but …

The problem with noise at high ISO levels is due to the sensor size, or more specifically pixel density. Because the sensor on compacts is significantly smaller than the one on a DSLR the sensor pixels are that much closer together. When you push up the ISO level each sensor point is that much more sensitive and is more likely to capture bits of the light falling on adjacent points. This leads to a noisy picture.

Which until someone invents a new kind of sensor means that all ‘small’ cameras are going to have this problem. I regularly shoot at 1000 ISO on my 40D and don’t have a problem. Although I am jealous of the Nikon users - their most recent models apparently show with low noise at incredibly high ISO values.