So you might remember reading the previous article about headphones. At the time you might have wondered to yourself whether I could get any more crazy-ass obsessed and drop even more ridiculous quantities of cash on these things.

The two headphones described below are about as much as I can imagine spending on what are basically little speakers that you strap to your head. So this article isn’t so much a review as a freakshow; check out the guy with the weird obsession and the lack of self-restraint! 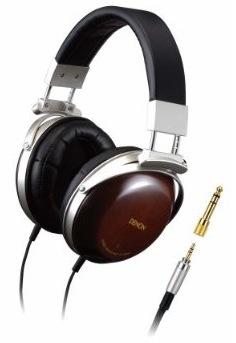 These are the big brother to the D2000s that I mentioned in my last article. Thanks to an uncharacteristically well-timed purchase, I managed to get these for US$425 from Amazon. They went up massively after I bought them, and I see they are now back around that price, but the AUD has dropped significantly.

US$450-odd is a lot of cash for headphones, and I’ll be the first to acknowledge that fact. What’s more, the D2000s are almost US$200 cheaper, and the difference is incredibly difficult to justify in objective terms. As I said before, the D2000s are already a fantastic headphone. Supremely comfortable and capable headphones that are easy to drive. Really, there’s no rational reason to upgrade them.

However, upgrading to the D5000s is not a decision I regret in the slightest. To my ears the D2000s suffer from very mild boominess in the bass department which is tamed nicely by the Real Mahogany Cups of the D5000s. Or maybe it’s some other bit of audiophile wankery.

I like music, and I especially like to hear it with as much clarity, impact and presence as possible. There’s nothing better on a Friday night than to kick back with some favourite tunes, some quality headphones and a glass or two of red wine. The D5000s are frankly perfect for this job. I’m pretty sure that without going for the insane Senheisser HD800s (at a wallet-busting AUD2400!) you’re really not going to do any better. 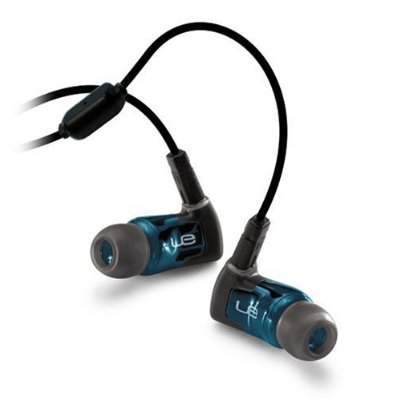 Behold the Ultimate Ears Triple-Fi 10vi IEMs. You stick them in your ear and instead of hearing the sounds of nature, children’s laughter, oncoming semi-trailers, and so forth, you hear … whatever you want to hear. It’s amazing.

As I alluded to last time, the big selling point about the IEM is that it blocks sound from outside. This means you don’t need noise-cancelling and all that nonsense. It also means you don’t need to destroy your hearing trying to drown out the noises around you. In summary, good IEMs are basically earplugs with speakers in them.

Last time around I didn’t have a choice for an IEM. I tried the little brother to these, the Super-Fi 4vi. Prettymuch the only claim to fame for those was the fact that they would fit into the original iPhone headphone jack. But they sounded awful, so I ditched them.

Later, in a moment of bonus-fuelled excitement, I clicked a button and was A$640 the poorer. But when the Triple-Fis arrived, I was so much the richer. After some time trying out the different tips and getting used to different insertion techniques (yeah, I know, that’s what she said) they sound absolutely amazing. Better than most full-size headphones out there, in fact.

Once you’ve got the secret of getting the “seal” just right, they are quite comfortable, and the sound is incredible. It’s obviously more in-the-head than the Denons but the frequency response is amazing. From the deepest bass to the crispest treble notes, all emanating from these tiny little speakers stuck in your ear canals.

Had a bad day? Seriously, get yourself a pair of these and a portable music player, then go out into the evening and walk the streets. Great way to clear the head.

But look both ways before crossing the road, because you won’t hear that bus otherwise.

You spent $640 on in-ear headphones? Are you f**king crazy?!?! Props to you friend. Some people like cars, others beefing up their PC, you obviously love good sound. But 640 sounds extremely extravagent to me!

By the way my real reason for posting.. your RSS feed is dead were you aware?

Josh: I haven't noticed any problems with the RSS feed lately. WFM anyway. What URL do you have? Is it one of the ones advertised? This is the one I prefer to use these days...